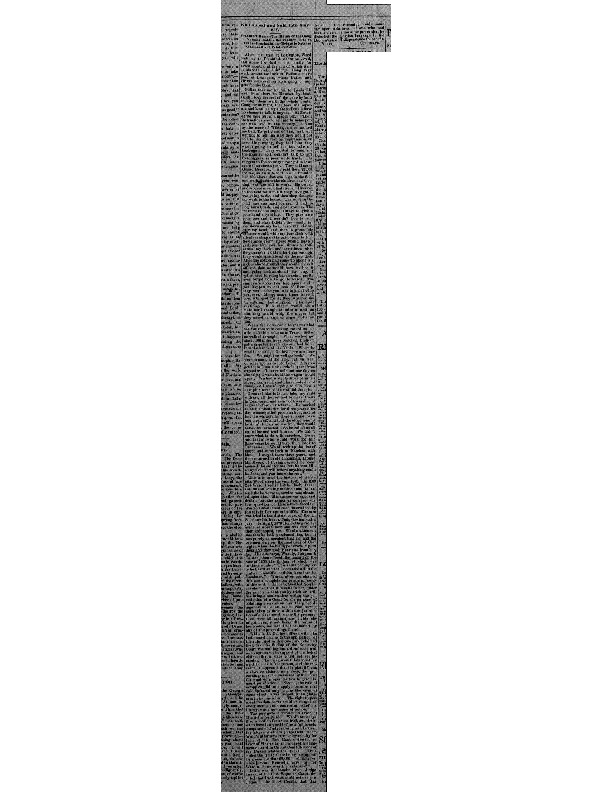 The fourth part (third extant) of Henrietta Wood's narrative of her kidnapping and enslavement, covering her sale to Mississippi, her time spent in Texas during the Civil War, and her suit against Zebulon Ward.

After my trial at Lexington, Ward took me to Frankfort where he lived, and where I worked in his family for seven months, at the end of which time as his wife and I didn't get along very well, he sent me back to Pullan's slave pen, at Lexington, where Pullan and Griffin were making up a gang of niggers for the South.

Pullan took me by rail to Louisville and from there to Natchez by boat. Griffin took the rest of the gang by land making them walk the whole route. Camping at night, they took me separate and kept me separate so I could have no chance to talk to anyone. At Natchez we were put in a nigger pen. Their instructions was to sell me to some person who lived in the country. A man by the name of Wilson, in town wanted me bad. To get clear of him, and not wanting to tell him why they would not sell to him for fear he might suspicion something wrong, they told him they wasn't going to sell me but take me back again. They wanted to send me the country so I couldn't talk to any free niggers or poor white trash. The niggers in the country never got to town more than once a year. They sold me to Girard Brandon. He paid them $1,050 for me, so his wife told me. Brandon had 800 slaves that could go in the field and work besides the children and them that was too old to work. He owned and worked seven plantations. I worked in the field for him till they thought I was going to die, and then they changed my work to the house. The work in the field was too hard for me. I had to hoe, burn brush, and clear ground. The master said he ought always to give a poor hand a good hoe. They give me a poor one and I couldn't hoe to suit them, and when I didn't they would lay me down on my face, turn my clothes over my head, and then a great big overseer would whip my bare flesh with a leather strap or the cat-o'-nine-tails.--Sometimes every stroke would leave a gash just like you had drawn a knife across my back, and sometimes when they thought it didn't hurt me enough, they would sprinkle salt on the raw flesh. After the cotton had come up about six inches above ground they would shear it off, and then we would have to hoe it out, going backwards all day long. I got so used to going backwards I pretty near forgot how to go forwards. The stands are about two feet apart and if you happen to cut one of them up they would take you back to it and whip you, sure. Many, many times have I been whipped for it; they whipped me for walking, they whipped me for most anything. If a nigger would hit a mule hard enough to raise a welt on him, they would whip the nigger till they raised as large or larger welts on him.

When the news came to master that the Yankees were coming toward us his wife made him take us to Texas. 500 of us walked through. When we had got about 100 miles from Natchez, Brandon got a dispatch that Vicksburg had fallen into the hands of the Yanks. When he read it he said, "Oh hell! we are done for. We might as well go back." We were in camp at the time, but we went on some 400 miles into Texas. After we got there I was sick a whole year from exposure. I never rode but one day on the trip; I was afraid the wagon would upset. We had a whole drove of mules along, too, and I could have rode one of them, but I wasn't going to ride like a hair pin; some of the rest did though.

I coaxed him to let me take my child with me, all the rest had to leave theirs in Tennessee, and many of them died of neglect before our return. He worked us on his plantation for three years after the emancipation proclamation, and at last the white folks there run one overseer clean off, and told the other one if he didn't tell us we was free, they would have him arrested. So he called us all up in line and read it to us. We didn't know what to do with ourselves. So he said that all who would work for him three years he would take them back to Tennessee. We all took up the line of march and came back to Natchez with him. I stayed there three years, and then returned to old Cincinnati. I found Mr. Myers, of Covington, and he commenced the suit for me, but he was killed by Col. Terrill before anything could be done, and you know the rest."

This is in brief the history of Henrietta Wood since the year 1853. In 1869 Zeb Ward lived in Little Rock, Arkansas, but on coming to Cincinnati to attend the horse races, service was obtained upon him. His answer was a general denial, but the principle defense was the question of Henrietta's freedom. Ward claimed it had been determined by the suti in Lexington in 1853. The case was tried in the district court of the U. S. before his honor, Judge Swing and a jury. In April, 1878 Henrietta gave her evidence about how she was free and then kidnapped, etc. Ward's statement was that he had purchased her, but it was purely an accident that he and the two men were on the road back of Covington when Beck Clipper drove up to them and took Henrietta from her, &c. His attorneys, Woodly, Johnson & Colston, then offered the record of the case of 1853, the finding of which was in these words: "This cause coming on to be heard and the Court advised in the matter, plaintiff's petition here into be dismissed." Ward's attorneys claimed this was a complete bar to any proceed[ing] in this suit. Lincoln, Smith & Stephens claimed that it was not a bar, under the same rule that you by trick or artifice bring a non-resident within the jurisdiction of a Court for the purpose of obtaining a service of him; the proceedings would be set aside. She having been taken by force within the jurisdiction of a slave court, where the presumptions were all against any rights she might claim, it not being the forum of her choice, she would not be bound by any of the proceedings therein.

While A. G. Collins differed with the last named firm as to the application of the rule cited in this case, and claimed first, that the finding of the Kentucky Court was nothing but a dismissal; and as an agreement in support of his belief claimed that a slave could not sue his master. To bring a suit they must file a petition as a free person, and the moment it appeared that the plaintiff was a slave or claimed as a slave, the proceedings msut be dimissed by the court for want of proper parties to give the court jurisdiction. Second, the rule of estopples did not apply, because that rule operated only where the original cause of action was merged in the judgment blead as a bar. The right to personal freedom never could be merged as every moment one was restrained of his liberty, was a new cause of action.

The jury gave a verdict in favor of Henrietta for $2,500. Ward's attorneys filed a motion for a new trial, and desired to have it argued before a full bench, composed of Judges Swing and Baxter; the latter a Southern judge from whom Ward's attorneys expected sympathy for their client. But Baxter decided in favor of Henrietta, and ordered a judgment entered in Circuit Court Records of the United States for $2,500. Thus ended the trial; there being no appeal for a sum less than $5,000--all that remains now, Henrietta says, is for Ward to "pass over them checks."

Little was it thought when Judge Taney, of the U.S. Supreme Court, decided that Dred Scott could not sue as a citizen in the U.S. Courts, that that decision and its reasoning would someday operate in favor of one who had been a victim of the same power that he distorted the English language in the Declaration of Independence to benefit.