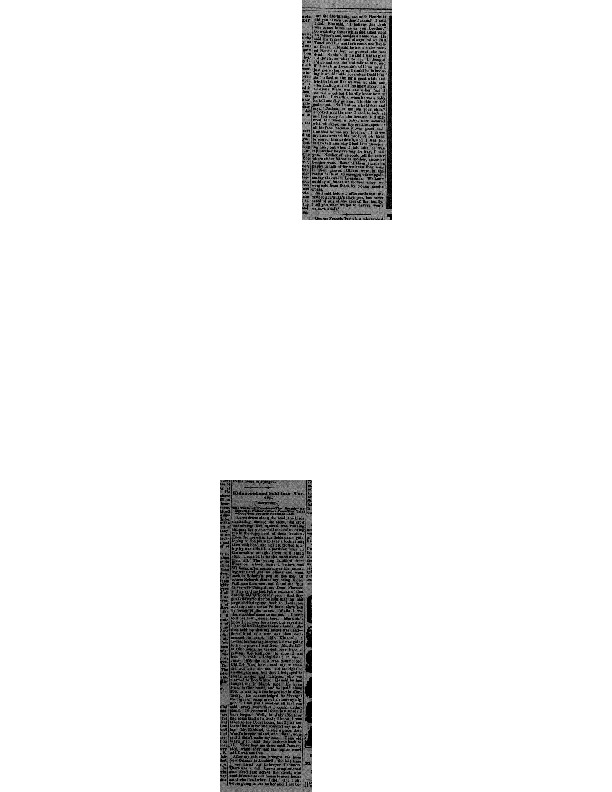 The third installment of Wood's narrative from 1879 (the first is no longer extant) covering the brief trial attempting to prevent her sale farther South and her meeting with a long lost brother in William Pullum's slave pen in Lexington.

As we drove along the road, the birds chattering among the trees, the crow was cawing, the squirrel was running through the woods--all seemed mocking me in the enjoyment of their freedom. Even the horses in the fields came galloping to the fence to take a look at me; then with head and tail up, trotted nimbly by our side till a partition fence in the meadow brought them to a stand still. I seemed to be the worst slave of them all. The young landlord from Florence, whose name I believe was Williams, after seeing me in the morning went and got an officer and went back to Robard's pen to get me. Of course Robards denied my being thre. Williams then went and found the bus driver who brought me from Florence and he said he had left a woman of that description at Robards' pen. And they got it down so fine on him that he had to go and bring me back to Lexington and turn me over to Pullan's slave pen by order of the court. While I was there mother came to see me. I never told her how I came there. She didn't know I had ever been free, but supposed I had fallen into the trader's hands. She then told me that my father was dead--Some kind of a suit was then commenced in court. Mr. Kinkead, in Lexington was my lawyer, he was going to try to prove I was free. Mr. Jolliffe, of Cincinnati, he tended over here to getting the testimony to show I was free. It took a long time; it was in June 1853 the suit was commenced. Old Zeb Ward he claimed by mistress did not own me and had no right to emancipate me; but that I belonged to young master and mistress, who was married to Ben White. He said he had bought me in March 1853. He knew I was in Cincinnati, and he paid them $300 or was to, when he got me in Kentucky. He acknowledged he "bought the right of recapture of a runaway nigger." I tell you I recollect all that was said, every word that I could understand. Of course all them law words I have forgot. Well, in July 1854 they had some kind of a trial; I know I was taken to the Court house, but I just sat there like a stick and couldn't say nothing. Mr. Kinkead, he said a piece, then Ward's lawyer talked, and then Judge said I didn't make my case. I saw old Ward grin, and they took me back to jail. They kept me there until January 1855, when they said the higher court said I was not free.

After my mistress brought me from New Orleans to Louisville the last time I was hired out to lawyer Thurston. There was a tall, brown-complexioned man lived just across the street, who used to come to our house to see a house maid who lived where I did. One night before going to bed as her and I sat ore the fire talking, she said: Henrietta did you have a brother Joshua? I said I did. She said, "I believe this Josh who comes to see me is your brother." So next day she saw him and asked him what his father's and mother's name was. He said his father was always called Bill Touci and his mother's name was Daphne Touci. He said he had a sister named Henrietta but he guessed she was dead. So she told me and I was so glad I didn't know what to do. I thought I'd go and see him and talk to him, and if it was him I wouldn't tell him until I just got so happy as I could be in knowing it would tickle Josh when I told him. So I talked to him for a good while and tried to let on like we was no akin, and after finding out all he knew about his relations there was one other fact I wanted to get but I hardly knew how to go at it. I[t] was this, when he was a baby he fell one day and cut his chin on the coffee-pot. So I put on a bold face and says, "Joshua, let me see your chin." I looked and the scar I used to look at and feel sorry for him because it disfigured him when a baby, now covered with whiskers, was the prettiest spot of all his face, because it was proof positive that he was my brother. I threw my arms around his neck, which liked to scared him to death, and I was too full to tell him why I had been questioning him; but when I told him he was my brother he gave hug for hug, I tell you, Neither of us could tell the other where either father or mother, sister or brother were. Some of them it make us happy to talk of for we knew they were in their graves. Others were in the cotton fields of Mississippi; others again among the cane in Louisiana. We knew nothing of father or mother since we were sold from them by young master Touci.

As I said before I afterwards saw my mother at Pullan's slave pen, but never heard of any of the rest of the family. I tell you when we get to heaven won't we have a talk?